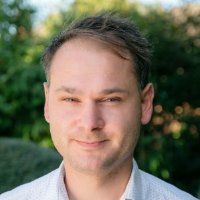 There are lots of posts and shared articles about the progression of 5G flying around.  We are all aware that it is coming, perhaps even that the new network will offer up to 10Gb/s speeds with an aim of 1ms latency.  But other than the ability to download a HD movie on our mobile phone in a matter of seconds, how will this technology benefit us?  The answer is, lots of ways…

As I mentioned, faster downloads to mobile devices is a key point.  According to Huawei, if you are connected to a 4G network, it would take you approximately seven minutes to download an 8Gb HD movie (more than an hour on 3G).  With 5G, you can do this in SIX SECONDS!!

But looking forward, the technology has many more uses (which may seem a little futuristic for now).  For example, Nokia gave a scenario where you might be travelling in your new driver-less car, when a crash occurs in the road ahead. Sensors placed along the road, connected via 5G, would instantly recognise that there has been a crash and relay the information through to your car to slow down and avoid a further accident.  This is why having extremely low latency is so important, the data will transfer immediately.

Another great, live example was performed at the Mobile World Congress Show in 2015. Ericsson showed how 5G could be used to control heavy machinery from a remote location. Inside the booth, attendees strapped on an Oculus Rift headset and were able to remotely control one of two real diggers to move dirt either outside the conference hall or one thousands of miles away in Sweden.

So to summarise, there are thousands upon thousands of applications that will benefit from the 5G technology, you just may need to look beyond your smartphone and think a little outside of the box.

US telco AT&T has pre-empted the Mobile World Congress rush by boldly laying out its plans for 5G, with field trials for some enabling-technologies happening in Q2 this year.

@ATT will start #5G trials in 2016. Getting ready to connect #selfdrivingcar #robotics and #SmartCities https://t.co/nF79cMpe1Y #tech

More potential trials of #5G this year is great for consumers. But how will it affect #IoT & #M2M connectivity? https://t.co/vCIBwtXEps

'Tis the season to be careful
Ian Rowland

It's that time of year again, is your phone system prepared?
Ian Rowland