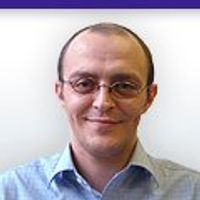 I was having a quick look at the fascinating blog of an erstwhile colleague of mine, Trefor Davies at www.trefor.net and stumbled across an announcement he made on there with regard to new bandwidth records being set for LONAP (and then setting further records). LONAP is an Internet Exchange Point with many global brands as members and by using their services can peer with multiple networks, so reducing the route of a data packet by several thousand miles and up to a dozen routers, making your experience of the internet “quicker”. Visiting the LONAP website, one of the things I saw on there was this usage graph.

One of the things to immediately strike me is the continual upward trend in bandwidth use. We continue to use connectivity more and more and it is reflected in the business we continue to write at 2 Circles, where over 50% of our growth this year is due to the need for more robust and faster internet and mobile internet connections for business. It’s also a very interesting graph, so I spent some time trying to think of the reasons for why 2016 has been such a "spiky” year.

Take March and April, for example. Suddenly you see peaks of usage which are higher than anything preceding them. Why is this? The truth is I do not actually know...but Leicester were beginning to emerge as the Roy of the Rovers magical story of the year. They were confirmed as Champions on May 2nd when Spurs and Chelsea drew. Was this traffic an example of increased streaming of games via Sky Go and the like? It’s possible. Football explains the trough at the end of March you can see in the graph - England played Friendly matches on the 26th and 29th.

Fast forward to June and you see an enormous spike. The Brexit vote took place on June 23rd, is it something to do with that?

September 6th the European Space Agency located the Philae Lander which had previously crashed onto Comet 67P. Sept 9th North Korea conducted a nuclear test. Sept 11th Hillary Clinton collapsed and was reported as suffering from pneumonia. Did any of these cause the bandwidth spikes we see?

October sees the busiest month to date. The Presidential debates between Clinton and Trump took place on the 9th and 19th and tie in nicely?

What’s that huge spike in December? Could it be Rogue One: A Star Wars story?

The “Why?” is all conjecture but the stats don’t lie. We are using the internet 50% more than we were 12 months ago. No wonder that our connectivity sales have been so high this year.

LONAP traffic up and to the right LONAP traffic continues to grow with a new peak this month of over 240Gbps. I’d just been thinking of rattling off a quick post telling you we have broken through the 200Gigs mark at 206Gbps when lo and behold that post became instantly obsolete...

Will 2002 be the year Broadband takes off?
Russell Warren
Recent posts from 2 Circles