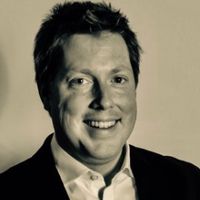 I recently had the privilege of attending the Global IoT Tech Expo at Olympia in London. Gathered there were some of the world's leading IoT vendors as well as leading IoT strategists who were plotting the worldwide adoption of the Internet of Things - here are 5 things that I learned about the field of technology that will most influence our future...

2) There are only 20-25 million software developers worldwide. Who is going to develop the software for all of these connected devices? Now is a GREAT time to look at software development rather than traditional professions if you are going into employment for the first time

4) Data is the new OIL. Just as Oil needs to be refined, so does BIG DATA. The people that can interpret this data to benefit their companies and society at large will become very powerful. Good decisions that are based on GOOD data will be made and poor decisions will be seen as lazy and unresearched. Because of this, and the continuing decline in oil price, Data will actually also become more valuable than oil.

5) Many organisations are harnessing the power of big data through the Internet of Things to help drive performance. The leading Portuguese football club, Benfica monitor over one hundred metrics on every player from under 15 to the senior squad and use it to drive their decision making. In some cases, they have up to 15 years worth of data detailing EVERY touch that a player has taken in training and in matches since they were 14. When it comes to selling players on, this data also  adds a premium to sell on values and goes with players to new clubs.

All in all, the whole Expo was fascinating and I was particularly struck by how all consuming this all is and secondly how every device that generates this information needs to be connected to the internet in some manner – in many cases using Machine to Machine (M2M) SIMs which we provide. If you are a software developer developing for the IoT and would like to discuss connectivity, please do get in touch on 0131 445 2846 or 03456 200 200, or email: jamie@2circlesconsulting.com.

Data is the new OIL. Just as Oil needs to be refined, so does BIG DATA. The Decline of the Landline - ten years in telecoms
Jamie Dalrymple

It's not good to share! If you run your business over contended broadband, this will make a lot of sense to you...
Jamie Dalrymple

SCG Together - More than the sum of its parts...

We have brought 2 Circles, NSN and Hello Telecom under one brand as SCG Together to give our Customers and Partners a supercharged service provider that is so much more than the sum of its parts. Coming together as SCG also connects directly to our parent company Southern Communications Group, which has been bringing people and technology together since 1965.

SCG Together will continue to focus first on people and then on aligning the best communications technologies available to deliver real and meaningful value. In our mission to support and optimise businesses across the UK, we are committed to delivering on the promise of the Cloud and ensuring you are More Connected than ever before.